Home › Sessions of Sweet Silent Thought (Reflections) › The Philosophical Life, or The Art of Bullfighting

The Philosophical Life, or The Art of Bullfighting 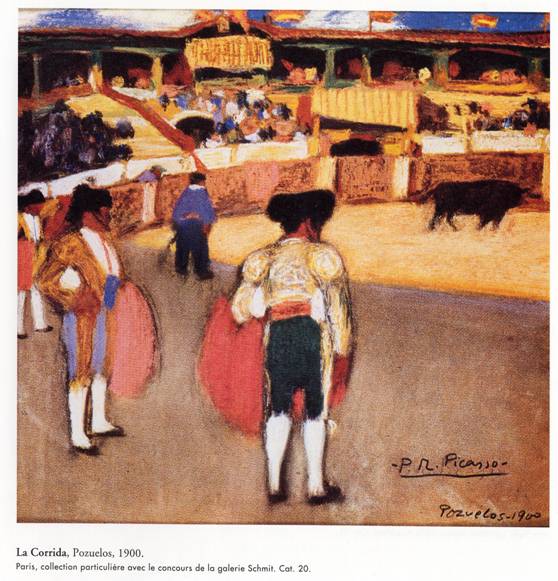 I’ve tried to avoid getting too deep into philosophical arguments eversince I left college. Because 1) ultimately, it’s futile; it only impressed the wrong type of guys, 2) it gives me the illusion I’m intelligent when I’m merely being intellectual (intelligent I define as the ability to escape being fleeced at a night bazaar in, say, Bangkok), 3) I never had the time for when the children were very small.

Of course, I could never resist. Being one part feminine style-watcher, I liked to hold court discussing the virtues of, say, a facial moisturizer saturated with minerals from the Dead Sea versus one imbued with nutrients expensively distilled from marine sea kelp. Those were fun times.

The excuses are running thin now, as the children are no longer small, and one of them is having to grapple and tackle the humanities head on. Sadly for me, this means I can no longer shy along the fringes of the bull pen of these minotaurs of abstract thought. Either I go in kicking and screaming or I assume the posture of the Spanish torero (bullfighters, according to Wikipedia, are only referred to as matadors in the English-speaking world) .

For the past few days, in the name of parental love, duty and responsibility, I’ve had to look seriously at three stocky bull-words in the eye. These are “culture”, “belief” and “knowledge.”

Then I’ve had to tackle the charge that one of these bulls — “culture” — can exist separately from the other sacred cows of beliefs and knowledge. I resisted, oh, how I resisted, allowing my little mind to stretch and wrap itself around the three bulls, full of power and ominous meaning. And do they signify anything?

To rub salt into the wound, I keep arriving at the answer that no, culture cannot be separated from what we know, based on experience and raw facts, and what we value as appropriate patterns of behaviour. I come up with example after example. Yet I know someone who thinks it can. This is bad, because I want to maintain appearances of not appearing small-minded and up to the task. I’m afraid my slip is showing.

Shocking, I know. When did other people’s opinion of me matter?

This much is true: Bullfighting is not considered a sport but rather, a performance art. A torero is both an artist and an athlete, possessing great agility, grace, and coordination. Artistry I can always brush up, ditto for athletic prowess, plus there is the added bonus of the flamboyant costume.

It’s amazing how fast and how much one can learn from Wikipedia.