Home › Been Around The World (Travel) › Mauritius Memories 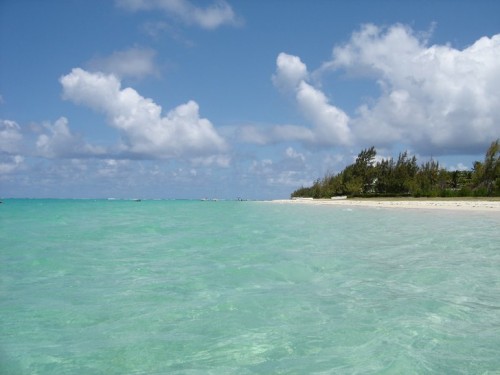 Mauritius is the less glamourous cousin of the Maldives in the Indian Ocean.

It’s more of an island surrounded by smaller gems, rather than a series of atolls.

Still, there’s something about being in the middle of the vast Indian Ocean that casts its spell on you.

Click any picture to see a carousel view of all the shots.

A western view of the island’s many hill ranges.

Evening in the old fishing town of Mahebourg (pro. ‘may-burg’). in the eastern side of the island, Mahebourg is an archetype of many old, quiet towns across the world, where dogs sleep in the middle of the street.

Dark clouds mask an otherwise brilliant setting of the sun.

The Le Caudan Waterfront Mall in the town of Port Louis, the capital.

Seawater is pumped into these wide troughs, or pans, which evaporate to leave residual sea salt. The salt is swept into buckets, purified and processed for restaurants, cafes, and kitchens all over the world.

At Chamarel in the southern hills, this popular attraction called the Seven-Coloured-Earths, shows volcanic ash which has solidified into ferralitic soil, made up of iron and aluminium salts.

From 80 to 100 years old, these giant tortoises are among the wildlife unique to the island. At Casela, the bird and wildlife park, peacocks, pheasants and guinea fowl roam the green slopes overlooking the southwestern part of the island. 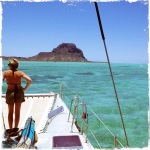 In the western part of the isle, the Bay of Tamarin has the loveliest waters.

There are hardly any strong tides in this lagoon created by coral reefs far out on the sea.

The fleeting golden rays of the sun fall on the Hobiecats parked at a resort.

Taken over the eastern town of Mahebourg, one cannot escape the dramatic sunsets of this island set in the Indian Ocean.

Sunset on a beach at Flic-en-Flac, Mauritius.