Writing is the inner music words make in the mind, said Capote. 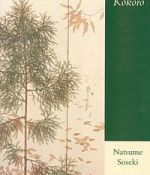 We all have books scattered about the house, silos of board and printed paper on side tables and stools, unread, but bought with intentions of being absorbed cover to cover. The process starts in the bookstore, usually with no intention to purchase. I’ve often walked into the Japanese bookstore in my favourite downtown mall, also managed by a Japanese company,… Read More ›

Something that I saw back when . . . Look closely at the time.  It’s somewhere between eleven and twelve o’clock, but such a placement of hands never was seen on an ordinary watch. This fantasy hour is created by the artist who had the glass removed and twirled the hands.  You could say it’s… Read More ›

It was the radio that started it. The song lifted the portcullis of memories associated with adolescence and led right up to the present. It came to him that not so long ago, he had let her hear it.

In Muriel Barbery’s The Elegance of the Hedgehog, we enter the mind of a precocious 12-year-old French girl through entries in her journal, and this excerpt describes her experience sitting on the benches of the school gym at the performance of her school choir. The scene is set thus: So yesterday, off I headed to the… Read More ›

The Wisdom of F Scott Fitzgerald

It appears time for another post featuring more of Fitzgerald’s famously and shockingly beautiful sentences. Lately, the most read post on featherglass has been this one featuring selected quotes from this great American writer. “In my younger and more vulnerable years my father gave me some advice that I’ve been turning over in my mind… Read More ›

“The young man was sincerely but placidly in love. He delighted in the radiant good looks of his betrothed, in her health, her horsemanship, her grace and quickness at games, and the shy interest in books and ideas that she was beginning to develop under his guidance. She was straightforward, loyal, and brave; she had… Read More ›

The Land of Faerie

Of Mists and Mellow Fruitfulness

There are no seasons where I live, only weather that is either hot and dry or hot and wet. The sun has been shining fiercely for weeks now. There’s a restlessness that comes before a storm, and I dream of when the Northeast monsoon winds will finally carry rain from the waters of the South China… Read More ›

Train’s crowded it’s only 11.30 ah the last carriage not so full stand near those polytechnic students sure to get off at Macpherson [Ping] Gotta use the gent’s when I get off oh Serene what does she want now how was Papua New Guinea? guess i’ll post more pictures on facebook let’s see Chopin or the Beatles feel… Read More ›

Southern California.  “How ’bout a round of mahjong?” My sister, 21, said. We were sitting on red foldable chairs in the kitchen of my sister’s two-bedroom apartment, drinking Coke, because this was way back when Starbucks was still sleepless in Seattle. My artsy sister had crafted vintage tea-cups into lamps which swung above the kitchen… Read More ›

My Book List, Or A Day in the Life of.

Unlike some, I can’t digest more than three, four, books at a shot. So thankfully, my list will be short. But before that. Lists are always preceded by ‘Before thats’. Laundry is always at the back of my mind. I take the heavy basket of clothes from one of the bedrooms and empty the contents… Read More ›

It’s time for an update of the Top Ten Posts Thus Far on featherglass. The top post of all time is the one on the Top 10 Things To Do This Summer, written about a year ago today. Summer is long and slow, a marching band playing on a pier of long days and slow… Read More ›

Play this work by Frédéric Chopin as you read. When you write about someone whom you love during a bus journey, you write him or her into the landscape.  The young girl in the single seat by the window across the aisle draws the curtains, and outside, the oil palm plantations and the hills etch themselves from… Read More ›

The Randomness of Ideas

If only I may grow: firmer, simpler, — quieter, warmer. — Dag Hammarskjold, Secretary General of the United Nations, Nobel laureate (1905-1961) Where does the inspiration to write come from? Where do ideas strong enough, persuasive enough, provocative enough, to turn into words, come from? The best among us will say, anywhere, everywhere, inside and… Read More ›

Quote of the Day

Photograph courtesy of J Royston Sim There were hints of sunrise on the rim of the sky, yet it was still dark, and the traces of morning color were like goldfish swimming in ink. — Truman Capote. The Muses Are Heard: An Account

On Reading, Books, and Kim Basinger

I am such a slow reader these days that I wish I were Kim Basinger. To be exact, when she played My Stepmother Is An Alien (1988). There’s this scene in the movie where she runs her fingertips over the spines of books over Dan Aykroyd’s fireplace. She pauses, fingertips over a Shakespeare anthology and… Read More ›

Finding the Self in Fiction

The thing about Jeffrey Eugenides’ writing is that every paragraph has been crafted such that at least one true sentence, or one true image, resides in each. The result is that his book, The Marriage Plot, is such a satisfying read. This excerpt describes the heroine, Madeleine, studying for the Graduate Record Examination (GRE) as… Read More ›

Gift hunting during the Christmas season, I wandered into a baby store, in search of a toy or two. And no, the recipients were not necessarily under 2 or 20 years of age. At Christmastime, one has to be creative. For the legitimately-aged baby, I found Sophie, France’s best-selling giraffe teether-toy. Then, I found Amos… Read More ›

A Well-Crafted Thumbnail of a Character In A Novel

To start with, look at all the books. There were her Edith Wharton novels. . . there were the dog-eared paperbacks assigned in her college courses, a lot of Dickens, a smidgen of Trollope, along with good helpings of Austen, George Elliot, and the redoubtable Bronte sisters. . . .  There was, in short, this… Read More ›

A Small Revelation, Or Why I Studied English in College

Am immersed in a novel by an author I’ve recently discovered. Late, as usual. This is an excerpt from Pulitzer Prize-winning author Jeffrey Eugenides ‘ latest work: Some people majored in English to prepare for law school. Others became journalists. The smartest guy in the honors program, Adam Vogel, a child of academics, was planning… Read More ›

The Bonfire of the Humanities

Although it doesn’t look like it, I did study the humanities. It was in a decade of excess and decadence said to have eclipsed the roaring Twenties. The Soviet Union was nicknamed ‘the Evil Empire’ by the American president at the time. The defence initiative against said Evil Empire was thus nicknamed Star Wars by… Read More ›

And Now, For Something Entirely Different

In this excerpt from Peter S Beagle’s celebrated fantasy, The Last Unicorn (1968), there is a conversation in a dream which Schmendrick the Magician has with the unicorn. It is his last. “Whether I decide to be what men would call a wise and good magician — aiding heroes, thwarting witches, wicked lords, and unreasonable… Read More ›

Rediscovering the Joy of Fiction

Reading fiction books of high quality has done more for my brain than anything else this year. In this age of fast downloads by the mega-gigabyte, this age of the instant click of gratification, reading a book can be an exercise in almost-futility as the plot unfolds glacier-like and the characters take an age to… Read More ›

How does one deal with writer’s block afterall? There are no less than eight drafts of posts lying around in my post folder, idling, unfinished, half-ideas on universal themes of love and friendship, scattered seeds of thought, the remnants of remembered conversations without structure, without coherence. I click open another draft, not mine. It’s 25… Read More ›

I’ve been reading books lately. After a steady diet of magazines, online news feeds, and everything the Internet had to offer in terms of online delights and Michelin-starred digests, I picked up Lenten Lands, an autobiography by Douglas Gresham of his young life with his stepfather, the Christian writer and apologist C.S. Lewis. Lenten Lands,… Read More ›

In my previous post, I wrote about what inspires me when it comes to something creative like writing or blogging. I said that music inspires me, gets my thoughts going, and I trawl the Net for news and other fun stuff. I lied. Typical. When asked a direct question as simple as What inspires you?, I… Read More ›

Everyone is creative. If you’ve ever solved a problem on your own, ever had a crazy idea, ever said something originally funny, you’re creative. Too often, people assume creativity means you have to be artistic, or play a musical instrument, or dress oddly, but creativity, like its Creator, is bigger than all of that. Creativity… Read More ›

The Strokes of F Scott Fitzgerald

The American writer F Scott Fitzgerald, author of The Great Gatsby, apparently once said, “You can stroke people with words.” That, Fitzgerald definitely did that in The Great Gatsby, a glittering cinematic story of New York’s Jazz Age (the 1920s), and the book, which was made into a movie starring Robert Redford as Gatsby, is… Read More ›

How To Get On To The Cover Of Time Magazine

Ok, being on the cover of Time magazine isn’t the definitive measure of success, but it sure beats 15 minutes of shallow fame on Youtube. Anybody can get onto Youtube. All you need is an email account and a digital video camera. My question is, how did a smug, self-righteous someone propel herself from a… Read More ›

The Fine Art of Blogging

So I’m reading in today’s Urban, ST’s fashion weekly–the equivalent of the Today paper in the local fashion scene–about these kawaii girlbloggers who get a zillion hits a day and get ad revenue because adolescents and NSFs love gawking at these cutsey pictures posted on their blogs. Ok, I don’t know the exact demographics of… Read More ›

Voyage of the Dawn Treader

Something to look forward to at the year’s end. Voyage has always been one of my favourite Narnia chronicles, with The Silver Chair and The Horse and His Boy coming after. It was all green and pearly, full of sunlight most parts. Very much like a dream you once dreamed and thought you had forgotten…. Read More ›

This is a series of sticky posts, because some things are better said again. Keep coming back over the next week as the stickies will change every few days to keep things fresh. And under the sticky, you’ll find my latest post.    Many years ago, I bought a book called Good Advice on Writing:… Read More ›

Sometime last year, I was privileged to be roped in by a church friend to copyedit a non-fiction book. Copyediting meant dotting the ‘i’s and crossing the ‘t’s in the manuscript, making sure the grammar worked and most important, that the content was clearly written. My friend Lim Swee Cheng, who is a marine biologist… Read More ›