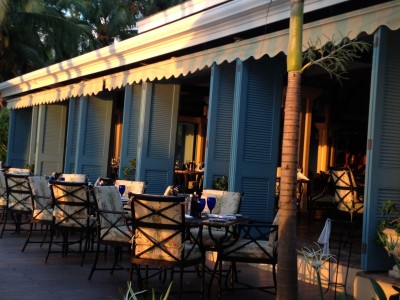 On this page are my best posts about music and thoughts about how music makes us feel. More interesting perhaps, is why it makes us feel the way we do.

Pertinent to these posts are the songs I’ve featured in them, either favourites with a lot of resonance and nostalgia, well-crafted songs, and usually, a mixture of both.

Sometimes, I talk about how these songs make me feel and what I think about when I hear these songs, whether serendipitously on the radio, or intentionally, when I dig them up on Youtube. Like my writing, you can get a feel of what kind of person I am just by looking at the playlist below.

I Don’t Know How to Love Him A deeper look at the once-controversial song from Andrew Lloyd-Webber‘s Jesus Christ Superstar. From a believer’s point of view.

You And Me And Katy Perry Love or loathe her, there’s no doubt she stirs up strong emotions in many of us. What happens when your better half loves her?

Lessons In Love The British jazz-funk band Level 42’s classic tune. As a bonus, there are five tips on some basic lessons in love.

The Rescuing Power of Music How I dealt with a severe case of writer’s block. (Without the help of Plinky.com or other idea-generating websites.)

A Song From Childhood Features that gem of a song, If You Remember Me. From the soundtrack of the 1979  movie The Champ (Jon Voight, Ricky Schroeder).

Splendour In The Grass  Originally written for a friend whose birthday it was, it features a Jason Mraz hit, Life is Wonderful, as well as a reprint of some of Wordsworth’s immortal lines. Why? Because all three are hardcore romantics.

Joie de Vivre  A clip from Reality Bites (1994) which is a classic featuring The Knack’s My Sharona. Arguably one of the coolest scenes ever filmed in a 7-11.

Round And Round One of my most favourite posts because it tells a story, however brief and truncated, of an old and long friendship that inspired a few short stories out of me, caused me to think about the nature of friendship between a man and a woman, and features a Spandau Ballet classic which is the eponymous title of this post.

Another Day, Another Song This post is one of many random posts scattered about this blog. I think I was trying to say that the spirit and mind has unfulfilled yearnings, hills and valleys to wander, even as the body fulfills its quotidian tasks and obligations.

A Day At The Fair  My reflections after a church bazaar, featuring the Christian contemporary classic, We Are The Reason.

A Song Of Summer What else but Kokomo by The Beach Boys?

Lenny Kravitz It Ain’t Over Til It’s Over.

The Key To Living High The fact that this is the second post featuring the great Mr Mraz must mean something. Find at least three of his songs mentioned here.

Ambient Cover Scooter’s Eyes Without A Face is so calming you’d never think it was a Billy Idol cover.

Rhymes That Keep Their Secrets The Neverending Story, a song that takes me back to days of bright sunlight and anticipation, the watermark of youth.

Todd Rundgren He was a recent discovery of mine, like 20 years late.

Don’t Dream It’s Over The reason why this blog exists. Crowded House rocks!

Blast From The Past: 10cc Another cool classic which was covered by many bands.

What is it about music that inspires you? Which are your favourite bands and singers? Why?